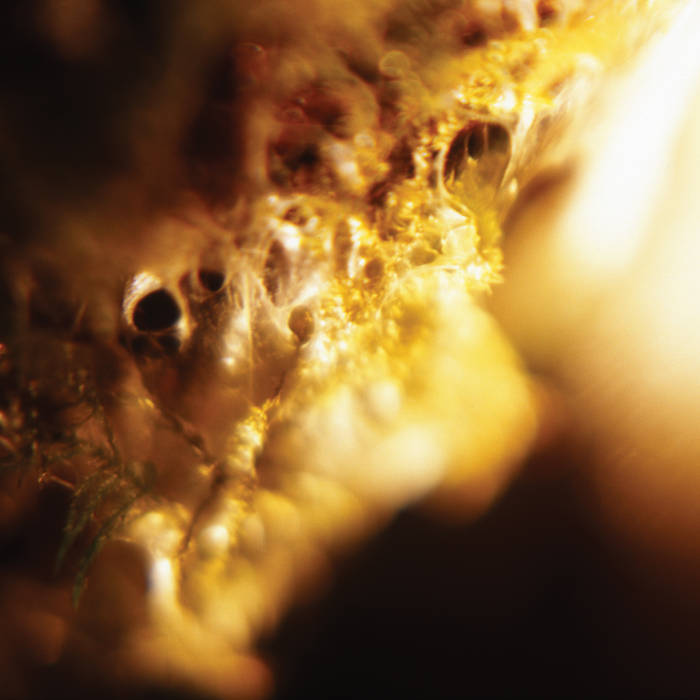 TheSeaDepths Jodis is Khanate's alter ego: a sea of washing haze, spiritual lightness and dissipation of thought. Black Curtain is the perfected form of this soundcraft incarnation.

Known for their work in the dark recesses of heavy music via such vehicles as Khanate, ISIS, and Blind Idiot God, it would have been easy enough for the trio of Aaron Turner, James Plotkin and Tim Wyskida to kick out something adequately dark and crushing with the formation of Jodis in 2007. Certainly outside expectations of what the group would sound like fell along those lines, but to the dismay of some and the delight of others, the final results were altogether more lush, melodic, and downright beautiful than anything previously imagined. The foundation for their debut album Secret House was laid around a careful
synthesis of Plotkin and Wiskyda’s reductive, mercurial rhythmic interplay coupled with Turner’s knack for constructing monolithic sounds and dramatic ambience. Each note was deliberate. The gaps between notes were as important as the notes themselves. Tempos were
made malleable. But a clear sense of structure and a dreamy, understated elegance threaded through the album’s seven tracks to produce an alluring, if somewhat bleak sonic landscape for the listener.
After several years of steady concentrated work, Jodis have returned with their sophomore album, Black Curtain. Once again, the trio’s emphasis on sparseness and tension remains in full force, but is tempered by a greater focus on melody and slow blooming song structure. While its predecessor thrived on a kind of predatory patience, Black Curtain’s reserve is more of a salve than a threat. The album opens with “Broken Ground”, where spikes of reverbdrenched guitar sprawl across a humming electronic horizon, over which delicately draped vocal melodies twist, collide and dissolve. Drums occasionally rise from the ether, punctuating the meditative passages of pastoral calm. The band continues to explore the many outlets of their panoramic minimalism across the airy expanses of “Silent Temple", the shimmering melancholy of “Red Bough”, the hymn-like repetition of “Corridor”, and the mantric chants of “Awful Feast”. The more visceral and vitriolic elements of Jodis’s members’ past work are put on hold for the majority of Black Curtain. But the thunderous low-tuned throbs of guitar and strong-armed pounding of the drums rear their head in the closing track “Beggar’s Grasp”. Even in this rousing close to the album, the harmonious core is retained, and the listener is immersed in the depths of the sound around them, rather than mercilessly suffocated by it. Black Curtain is no doubt heavy - emotionally, even sonically - but its true strength lies in its graceful reserve and reverential worship of gray-skied beauty.

Track Name: Broken Ground
Blindly I stumbled and crept through the thorns
Spilling tears of blood upon the ground
And as I wept, thorns turned to ash
It soaked into roots and riverbeds

I am reborn
Eyes open wide,
I am the unchained son
Eyes burning in the new white sun
Swallow this handful of dust
Let me kneel on shards of broken stone
Breathe in

Let me tread this broken ground with soles worn raw
Let my head split wide, let in the light
And let the light spill in a tide of newborn blood
Stretch out my arms, embrace the stars
Fingers trace now fading scars

Dazed and dim from your ancient fall
How could I lose your heart?
Where will I lay my hands to feel the rise and fall?
Where did you run to?
No safe haven here
The paths choked with your hunters
Where will you hide?

Cursing the fates that sever the ties
Cursing the careless and their ill, calloused hearts

Tears swell to my eyes
we embrace at last
To the silent temple we all return
Track Name: Red Bough
Our eyes grown dim with age
They see no more the sun, tarnished gold
Our tired hearts beat on

The red bough
Fallen at last

It's not so bad I'd say (it could be worse)
What once was our splendor faded grey
Like ghosts now, in empty halls
Rotting blood sticks fast in veins
Let me now return to womb of earth
The ceaseless worm devours all

The red bough
Fallen at last
Track Name: Corridor
Not here, not now

How did it come to this?
Track Name: Awful Feast
Feast not on this
Drink not from this cup

Out into the light
look back not in wrath

Feast not on this
Drink not from this cup

Dig through clay to bury bones
of dead long gone

Bandcamp Daily  your guide to the world of Bandcamp